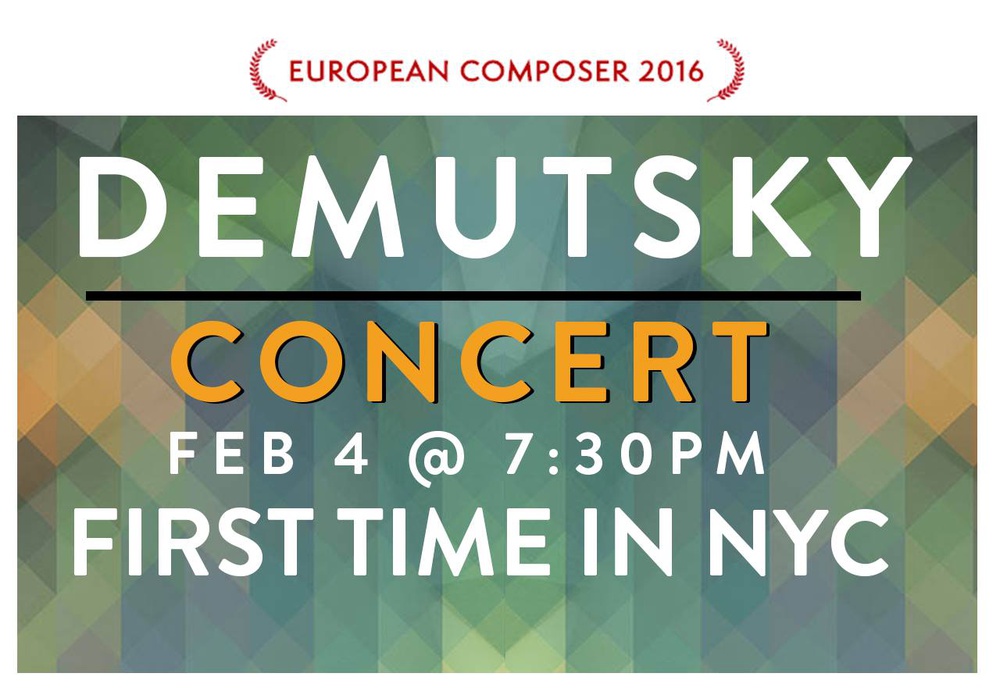 While at the young age of 33, Russian composer Demutsky has written insurmountable compositions gaining him international success. His works include compositions for orchestra, chorus, chamber ensemble, piano, voice, as well as electronic and film music. His most notable include the commission from the world-renown Bolshoi Theatre in Moscow for an original full-length ballet A Hero of Our Time winning him the 2015\2016 Golden Mask Russian National Theatre Award for Best Composer in Musical Theatre.Demutsky has composed two new ballets set to perform in 2017: Optimistic Tragedy at the San Francisco Ballet and Nureyev at the Bolshoi.In addition to his work in ballet, having compositions regularly performed by ensembles around the world, and holding the position of Artistic Director of the award-winning Cyrillique Ensemble, Demutsky has also composed original film music for a number of feature films.The most accomplished film, working with director Kirill Serebrennikov, The Student (2016) was awarded the François Chalais Prize at the 2016 Cannes Film Festival and Demutsky being awarded Best Composer of the 2016 European Film Awards with the description, “The music, with its contemporary sacred structure, expresses intensely the dark fascination of the spiral of intolerance that religious fanaticism can generate.”

Program of the concert:

Scherzo for viola and double bass