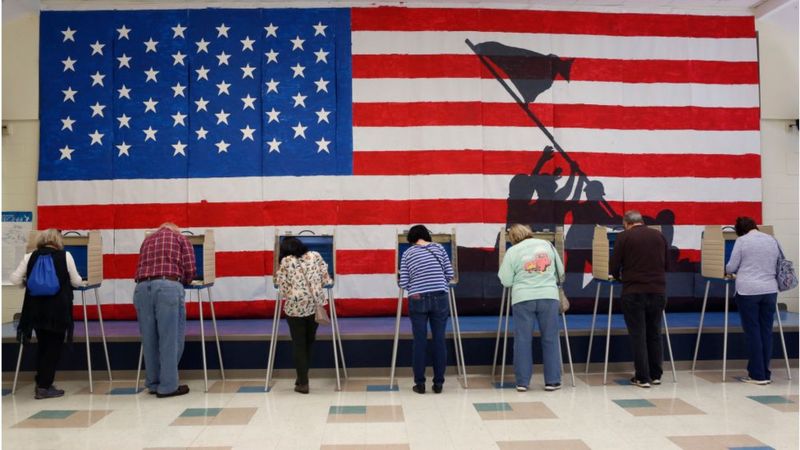 How CES went Virtual This Year

With President Trump suspending stimulus negotiations until after the election is decided, much uncertainty remains. What will November’s results mean for an event industry struggling to recover?

Keeping track of the party’s official positions has never been trickier. As event planners understand all too well, both the Democratic and Republican campaign trails have faced setbacks because of limitations on mass gatherings.

Since fewer than 15 percent of delegates were in attendance at the Republican National Convention, the party voted to carry forward its 2016 platform. Trump has, however, shared a second-term agenda that outlines some general priorities.

The Democrats have put forward an official party platform that is a little more directed at the current crisis, but it also focuses more on general policies than on concrete promises.

In this article, we review key party differences and speculate about what November’s results might mean for event planners.

Both parties have emphasized the need to provide more government loans for small businesses, so event planners are likely to receive some funding either way. Nevertheless, it is clear that the Democratic Party is pushing for a bigger package.

On Tuesday of this week Trump abruptly broke off negotiations with House Democrats after they rejected Treasury Secretary Steven Mnunchin’s $1.5 trillion counter to their $2.2 trillion proposal.

While Trump later tweeted that he supported giving $25 billion to the airline industry and another $135 billion to small businesses, it is not yet clear how either of these promises will be delivered.

Some market investors are also speculating that if Joe Biden wins the presidency but the Republican Party holds the Senate, a new stimulus agreement may be stalled until the transfer of power takes effect in January.

While Trump’s “Agenda” also claims he will create 10 million new jobs within 10 months and start one million new small businesses, his strategy appears to focus on bringing manufacturing jobs back to the US through corporate tax incentives rather than on supporting the service industry.

The Democratic platform proposes expanding unemployment insurance and paid sick leave, which may be more relevant to individual event planners than to event production companies.

- Trump win: smaller stimulus package that may come sooner, along with tax cuts

- Biden win: larger stimulus package that may not come until January, along with expanded unemployment insurance and paid sick leave

Needless to say, the pandemic has had a profound impact on the event industry. While the Republicans are banking on a vaccine, the Democrats have proposed a multi-pronged containment strategy.

Trump’s “Fighting for You!” agenda promises that a vaccine will be ready by the end of the year, and that the country will “Return to Normal” in 2021. Trump has been pushing to expedite the vaccine approval process, even trying to block FDA regulations requiring a precautionary 2-month monitoring period following the initial round of trial doses.

The Democrats are proposing increased funding for the CDC and more financial support for state-run contact tracing and testing; they are also promising that Covid-19 testing, treatments, and future vaccines will all be free.

- Trump win: more pressure to expedite the vaccine approval process and a verbal promise of free access to Regeneron (the antibody drug recently given to Trump) when it is approved

- Biden win: increased funding for the CDC, as well as for testing and contact tracing efforts; free access to Covid-19 testing, treatments, and vaccines

Neither party has made explicit statements about lockdown measures and other regulatory policies designed to contain the pandemic, as these decisions are often made on the state level. With that said, the Democratic Party generally leans more toward tighter regulations and the Republicans toward laxer ones.

In terms of trade, both parties have proposed strategies to counter China’s growing economic power. Trump’s “Agenda”, however, presents a much more aggressive protectionist economic policy, as well as a vague commitment to “Hold China Fully Accountable for Allowing the Virus to Spread around the World.” Apart from its larger impact on the economy, this deepening trade war with China could be relevant to event planners who organize international exhibitions with a major Chinese component.

The key differences between the Republican and Democratic policies align with the talking points that have dominated over the last year. While the circumstances influencing the election have been unpredictable, the policies themselves contain few surprises.

A Democratic win will likely mean a bigger stimulus package and more funding for Covid-19 containment measures; a Republican win may mean faster deployment of stimulus funding and accelerated approval for Covid-19 vaccines, as well as higher stakes in the trade war with China.