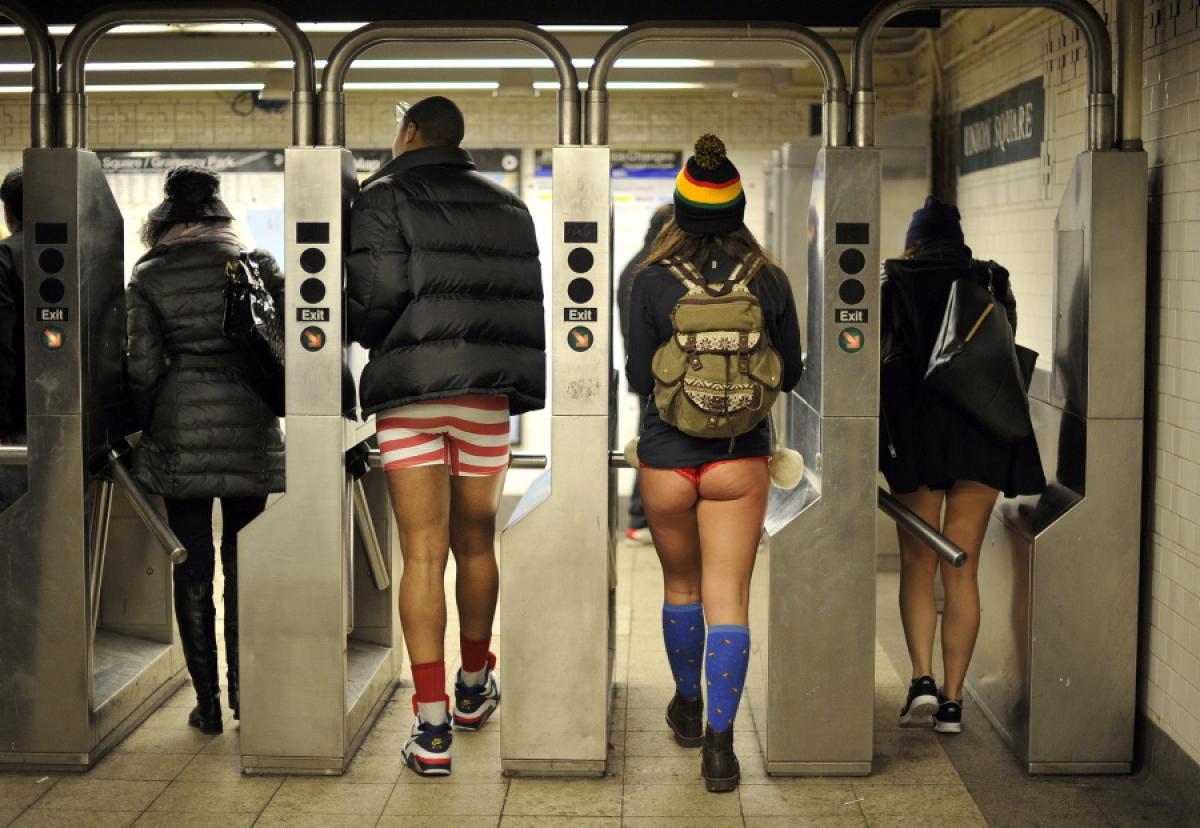 Miss Russian San Francisco 2019 Voting Contest
Stella Cartella in LifeStyle
Small prank by a group of friends first filmed on New York subway grew into a yearly festival of silliness. People all over the world started to join in every year. The idea and the rules of the flashmob are fairly simple: it is exactly what it sounds: you need to take a ride on the subway. With no pants.

The pantless passengers board the train at different stops. They are not supposed to talk to each other. In fact, they make it seem like they do not know each other and are just minding their business. Their looks are usually typical for winter: hats, scarves, gloves, coats, everything in order. Except pants. The first ride was in 2002, and it was a small prank with no intention of becoming anything like what it is today. The creator of the prank didn't put the video online until five years later in 2007. A woman saw herself in the video and contacted him to express her thoughts about power of the idea and its ability to bring together people living very different lives. From there on the idea took off.

Pantless subway rides is a great way to bring a smile on New Yorker's faces on a regular January weekday. Maybe you should try that yourself. The next No pants subway ride will be in Manhattan on January 10th, details can be found here