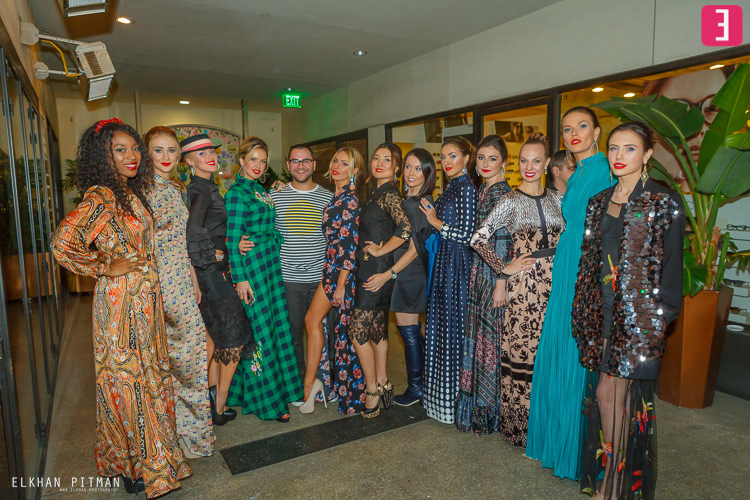 Miss Russian San Francisco 2019 Voting Contest
Stella Cartella in LifeStyle
Music and Fashion are always in passion. And a vivid proof of that was the event that took place on Saturday, January 16th at the heart of Beverly Hills - Caffe Roma, place that used to belong to Robert De Niro himself.

As the music started at 9 pm, and the models were getting ready and dressed for the show, the line of people outside of the venue started to grow. Guests were coming in and getting by to their tables, some near the runway, some by the bar.

At 10 o'clock the venue hit capacity and management wasn't letting anyone else in at the time. Many celebrities, such as Lindsay Lohan, Brandon Howard (Michael Jackson's son) and  many others, were on the invited list to the event.

At 10-30 bright LED lights filled the runway with the rays of light, music got louder and the show was set to begin. Guests were anxious in anticipation. Shows like this is not uncommon for LA, but they're most likely to appear during the fashion week, not in the middle of January.

As the first model stood on the runway people were Wowed immediately. Annie Couture's uncommon designs were stylish and elegant, highlighting a woman's beauty without showing too much detail. Combined with the jewelry pieces by Jolie Jewelry and presented by the beautiful models from Los Angeles (Kristina Cheremnykh (Miss Russian LA 2015), Acelina Kluchkova (Miss Kazakhstan), Leila Ismailli (Belarus National Beauty Contest winner), Alisa Bestya (Valentino, Armani, ETRO model) just to name a few) it was a stunning combination. No wonder guests eyes were totally glued to the runway during the show, and by the time the show was over, and designers came out to thank their guests for watching, they got a standing ovation.

After the show was over people continued to the afterparty in the Caffe Roma lounge, and literally danced their night away until the end. Even when the light went on people didn't want to leave.

If you're wondering where you can take a look at the collection, you can do it via this link.
Share: