Broadway won’t reopen until June 2021 because of the pandemic 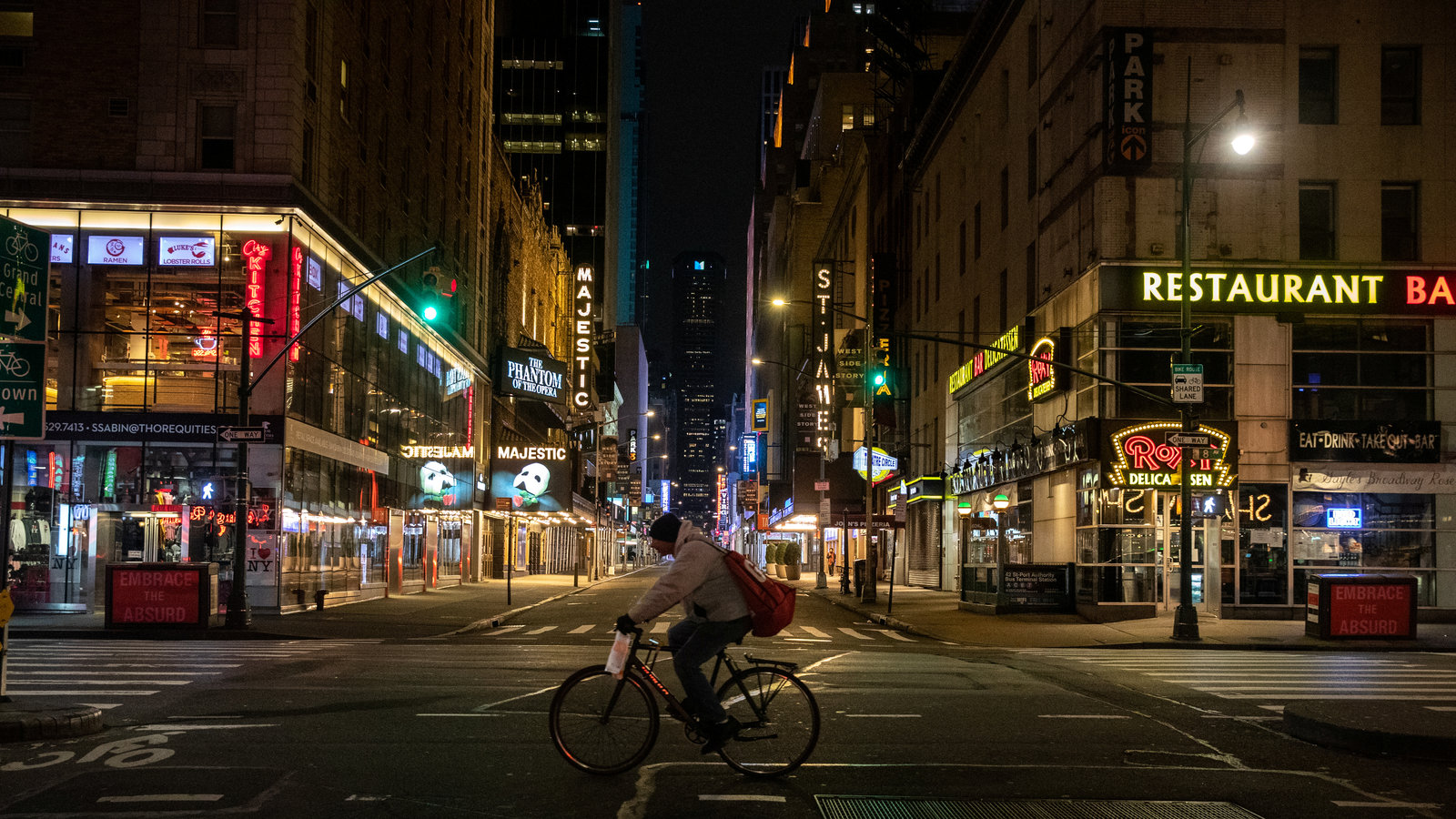 Theater fans won’t be able to give their regards to Broadway in person until June 2021 at the earliest. And certain factors could prevent New York City’s theaters from reopening for quite some time.

The Broadway League, the trade group that represents theater owners and producers, announced Friday that Broadway performances would be canceled through May 30, 2021 because of the coronavirus outbreak. Theaters are offering exchanges and refunds for tickets purchased for performances through then.

The closure of Broadway, which began in March, led producers to pull the plug on some productions. Disney said in May that it would close its Broadway musical production of “Frozen” because of the pandemic. Previously, producers said the curtain had fallen for good on the productions of two plays, “Hangmen” and “Who’s Afraid of Virginia Woolf?”

When the Broadway League previously announced that the Great White Way would remain closed through Labor Day, Charlotte St. Martin, the organization’s president, told MarketWatch that there was a significant chance performance cancellations would be extended further. That’s because the arts and entertainment industry was in the fourth phase of New York state’s official reopening plan, which calls for gradually putting certain business sectors back online as long as the state meets certain metrics.

“We literally cannot reopen unless there is a confidence in the safety of the cast and crew and theatergoers,” St. Martin told MarketWatch in May. “So we don’t really know when that will be and that’s part of the challenge we’re facing.”

There are three big challenges facing Broadway shows in the age of coronavirus that could hamper its chances at reopening:

No. 1: Nearly 16% of Broadway theatergoers are over the age of 65. And once you remove tourists from the equation, that percentage goes higher, industry experts said.

No. 2: During the 2018-2019 season, tourists from outside the New York metropolitan area purchased 65% of the tickets sold for Broadway shows, according to data from the Broadway League, and nearly one in five Broadway audience members was visiting from abroad.

No. 3: Many of the theaters are over 100 years old, and feature narrow aisles, seats arranged very close together and tiny bathrooms. Audience sizes would need to be reduced significantly to adhere to health experts’ guidelines to keep people at least six feet away from each other.

Guaranteeing the safety of audiences and theater professionals will be difficult given the limitations presented by the theaters themselves. Social distancing isn’t possible in most Broadway theaters, St. Martin added.

Backstage, actors and crew members are often in extremely close quarters, which makes the risk of transmitting an airborne illness like the coronavirus that causes COVID-19 much higher.

But even setting aside the troublesome logistics of reopening, there are other factors that will limit Broadway’s ability to bounce back from the coronavirus pandemic.

Tourists are a key part of Broadway’s audience

With such a large share of the audience for a Broadway show on any given day being made up of out-of-town visitors, Broadway’s ability to bounce back will very much depend on New York City’s tourism sector’s ability to return to full strength.

And if the past is any indication, that could take quite some time. “It’s a completely different world that we’re in now versus 9/11. But the example there is that it took about four years for international tourism to get back up to pre-9/11 levels.”

As a result, if Broadway reopens before tourism in New York has rebounded, producers are going to look to fill the seats at their shows with audience members from New York and its suburbs.

That pivot could pose some difficulty for longer-running shows like “Wicked” and “Chicago.” New York audiences are already familiar with those shows, which could make them a tougher sell.

“The freshness of a new Broadway show has its own enticement,” he said. “The new shows may have an easier time going after the local audiences but the older legacy shows may be able to use this moment to really reinvigorate New York and the fabric of Broadway as part of their lives.”

It’s not really the case that when you look out at a Broadway audience you see a sea of grey hair.

While there is a perception that Broadway theatergoers skew older, St. Martin said, the reality is that the average age of an audience member was 42.3 last season. “It’s not spring chickens, but it’s not the older audience,” St. Martin said.

“You take away all the tourists, what’s left? The Manhattan audiences tend to skew even older,” said Bill Hofstetter, a New York-based theater marketer.

Older people are particularly susceptible to life-threatening complications from COVID-19. As a result, many older theatergoers feel more trepidation about returning to the seats of the Great White Way. A May study of New York City theatergoers conducted by Shugoll Research, a Maryland-based marketing research firm, found that 23% of people 55 and older said they were very unlikely to return to the theater.

While older audience members are an important part of the theatergoing community, St. Martin noted that the industry’s calculations on when to reopen wouldn’t be based on any one group. “Our audience has to be safe no matter what age they are,” she said.

How Broadway bounces back

New York is highly dependent on Broadway reopening in order to thrive in a post-coronavirus world. In its last season, Broadway contributed $14.7 billion worth of economic impact to the Big Apple.

“That’s people who stay in the hotels and eat in the restaurant because they’re here to see a Broadway show,” St. Martin said. Right. “Broadway is often called the beating heart of New York City, but it also provides real jobs that deliver real benefit to not just the Times Square area, but to the entire city.”

In previous times of hardship the city has lent a hand — following the terrorist attacks of September 11, 2001, the city subsidized the purchase of tens of thousands of tickets to Broadway shows. But as St. Martin noted, that “doesn’t even fill a house in one night.” And that relief would only come after the city has dealt with more pressing priorities.

Broadway, in the meantime, could borrow from the approach airlines have taken as they grapple with waves of cancellations because of the coronavirus, Arst said. “Airlines are looking out a year in advance,” he said.

Most airlines are providing travelers with vouchers rather than cash refunds if they proactively cancel their travel plans because of COVID-19. Broadway could take a similar approach and try to entice people to exchange their tickets for next summer rather than cancel. “That’s not to say the customer is not just going to want their money back because there are customers who need that economic relief as well,” Arst noted.

And theatergoers can expect to see discounts when shows return, industry experts said, though these could be limited depending on how many people shows can seat.

Whatever route Broadway producers and theater owners choose, this historical closure will be challenging to bounce back from. “It’s certainly sobering to know New York will be without Broadway this season,” Arst said. 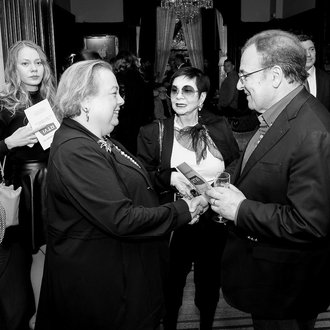 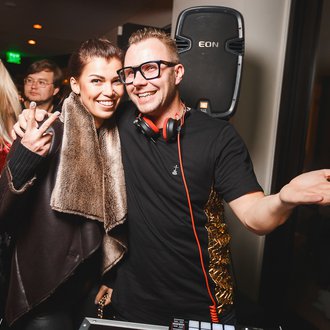 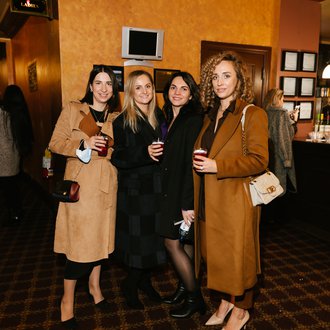