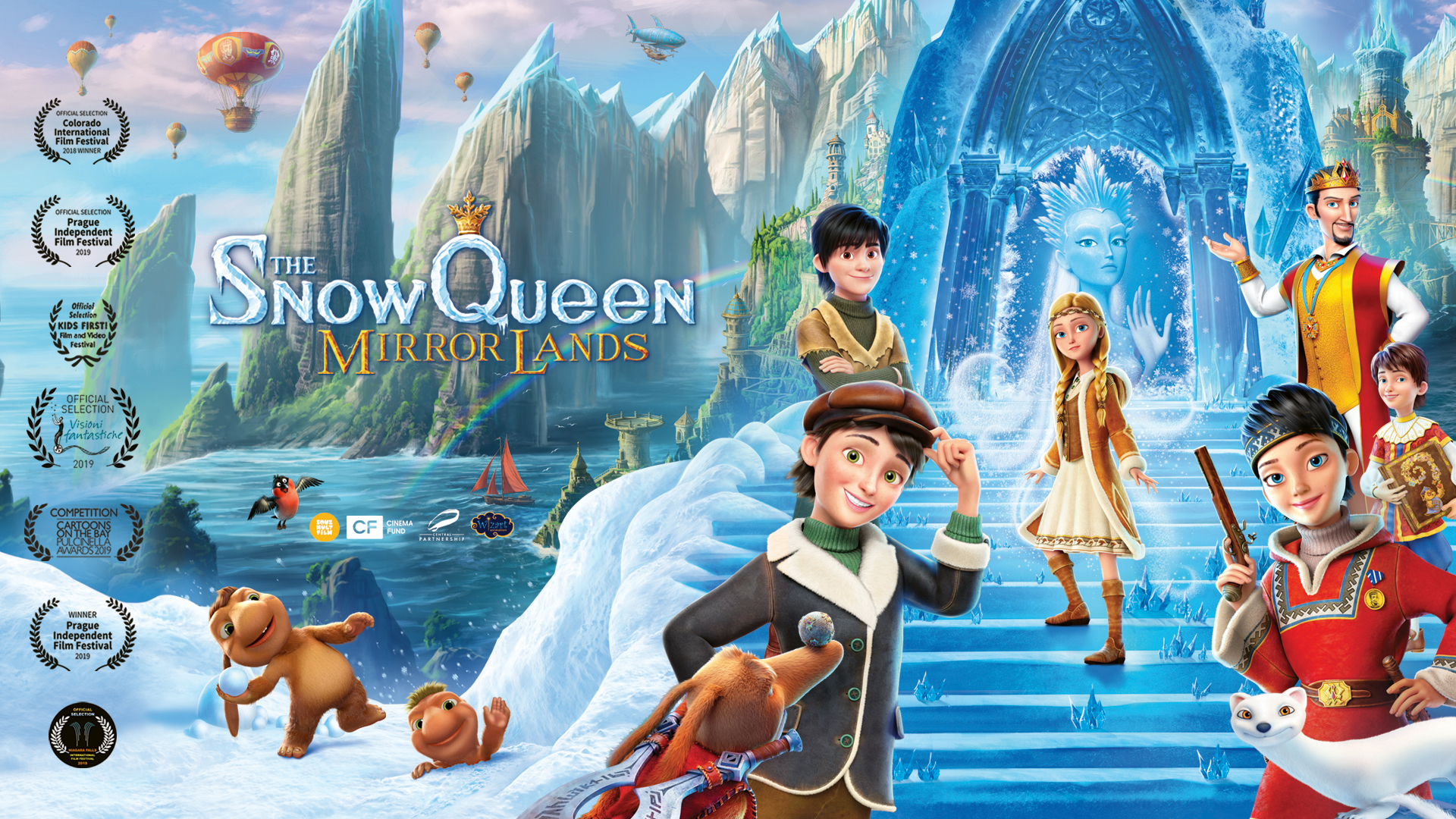 A powerful king nearly lost his family due to the Snow Queen’s evil deeds. He finds a way to withdraw all the magic from the world – they who master the magic powers get trapped in the Mirrorlands. The only one who can stop him and keep the fairytale in our world is Gerda – as her own superpower is not sorcery but her faith in kindness and friendship. The Snow Queen herself along with trolls and pirates will help Gerda in her new adventures.

Terms & Conditions of Sales and Ticketing Policy:
All tickets are General Admission. All ticket sales are final, unless the event is cancelled or rescheduled. There are NO REFUNDS and NO EXCHANGES. Lost tickets will be replaced provided you have your confirmation number available. It is unlawful to reproduce any tickets in any form. We use scanners at the door and any reproduced ticket will be automatically annulled.
Tickets and subscriptions are available ONLINE ONLY from now through the day of the screening.  During the festival (from December 6 - 13), you may also purchase tickets in person from the Russian Film Week box office, which will open 60 minutes prior to the first screening each day.  Please call 800.349.0021 or email us at info@ussianfilmweekusa.com should you have any questions regarding ticket sales.