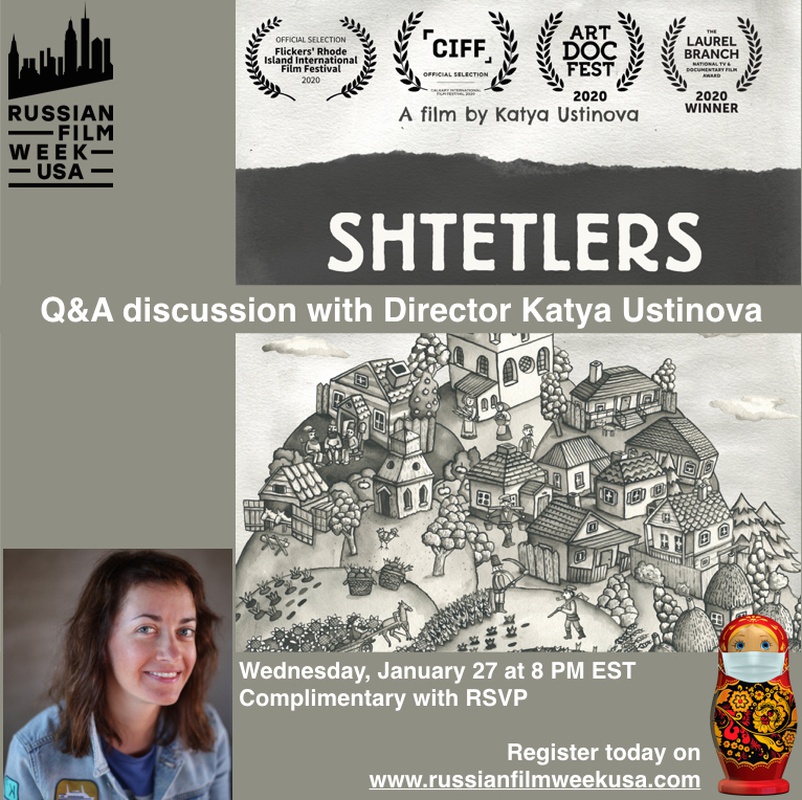 Katya Ustinova is a Russian born documentary filmmaker living in New York. She has worked as a TV producer, script writer and reporter for almost ten years prior to switching over to documentary filmmaking. She got her MFA degree in Social Documentary from the School of Visual Arts in New York in 2012 along with receiving a Paula Rhodes Award for exceptional achievement in Documentary filmmaking for her thesis film. Over the past several years she has been working on three feature length films covering very different themes, stories  and characters. As the other two films are still in progress, Shtetlers is her first completed feature length documentary. In December 2020 Shtetlers won The Laurel branch National TV & Documentary Film Award for best debut in Moscow, Russia.

Shtetlers tells the secret story of small Jewish towns in the former Soviet Union. These towns, or shtetls as they were called, were once home to the largest Jewish population in the world. Only a few survived the Holocaust, and those that did were all located in the territory of the modern Ukraine and Moldova. In those small and remote towns of the Soviet interior, hidden from the world outside of the Iron Curtain, the traditional Jewish life continued for decades after it disappeared everywhere else. The tight-knit communities supported themselves by providing goods and services to their non-Jewish neighbors. The ancient religion, Yiddish language and folklore, ritualized cooking and elaborate craftsmanship were practiced, treasured and passed through the generations until very recently.

The film follows nine very different people, now scattered around the world, who once belonged to the Jewish and non-Jewish shtetl communities. Among them an Yiddish singer returning to the ruins of his family's house, and a Rabbi enjoying a near-cult following from the non-Jewish townsfolk. An ardent Ukrainian convert to Judaism, whose mother risked their lives by hiding the Jews from the Germans, and a Holocaust survivor with a horrendous escape story. A loving Ukrainian couple that adopted many customs of their Jewish neighbors, and other characters who left for a faraway land and then realized how much shtetls meant to them. Their memories are a farewell to the vanished world of shtetl, a melting pot of cultures that many nations called their home once.

* This film is not available for streaming in Florida 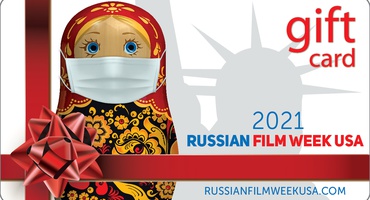 Gift Card
16.00USD
Give your loved ones the gift of the movies with our custom gift card! Gift cards are available in single-ticket or subscription value amounts. To redeem the card, please contact the EventCartel customer service center. 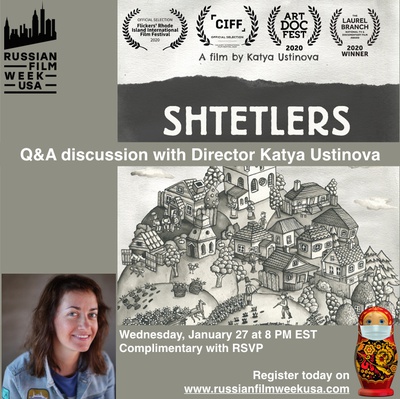