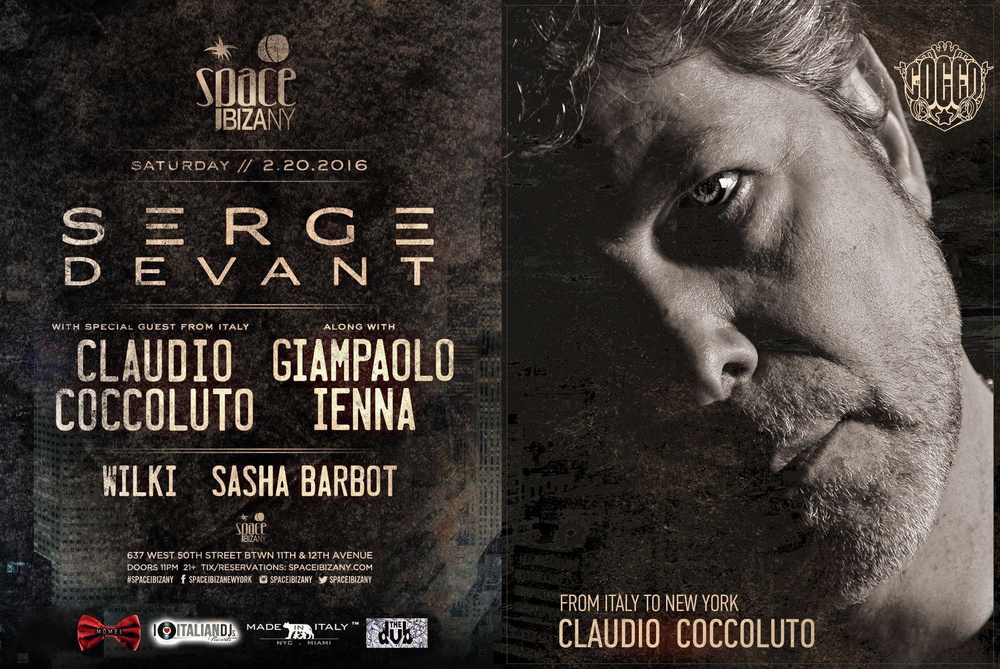 Serge Devant at Space Ibiza New York on February 20th, 2016 and it’s a powerful combination right from the start. One year later, after several smashing sets, he's coming on board along with I Love Italian DJs Records & Made in Italy NYC crew taking over the VIP Area at Space Ibiza New York, featuring a very special guest from Rome: Claudio Coccoluto along with his talented supporter Giampaolo Ienna from the dub records. As one of Italy's most popular DJs & Producers and main clubs resident Claudio Coccoluto is considered the father of the Italian fine house music scene, releasing “The dub” his own music label around the world. DJ Wilki from Bounce Boat’s special guest who’s celebrating his Birthday along with Sasha Barbot from Underground Nation.