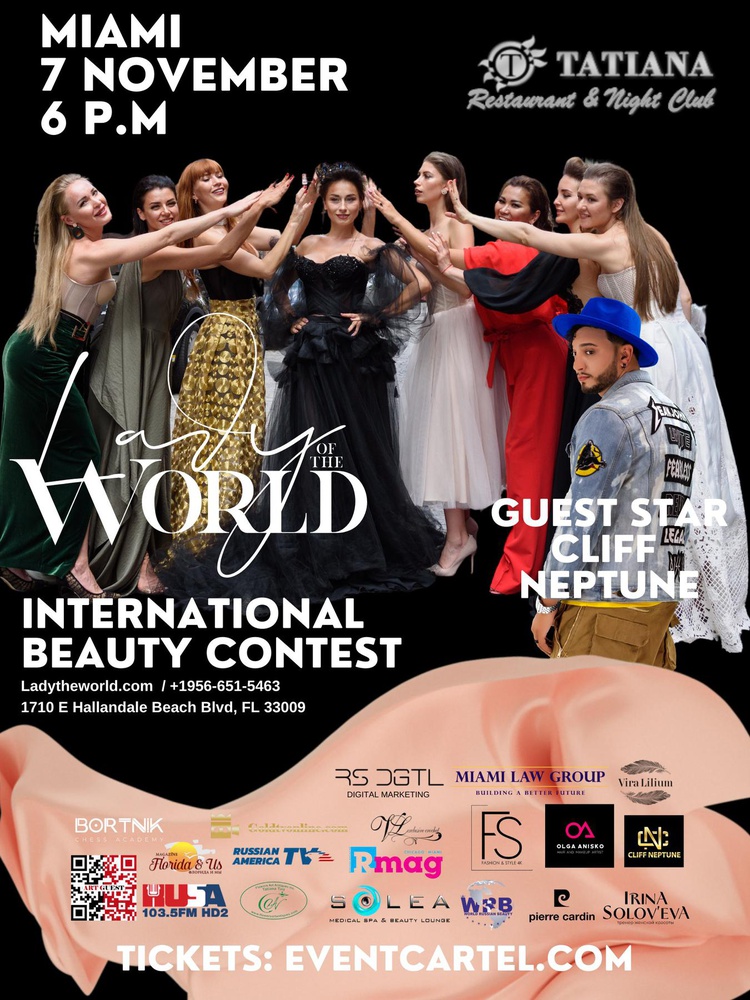 This is a new approach to beauty contests, where we focus on beauty, intelligence, talent and support for each other, as well as a healthy lifestyle among women.

This evening, famous people, show business stars, popular stylists, designers, businessmen, bloggers and media representatives will gather on the red carpet and you can see how 20 of the most beautiful and successful girls from all over the world will compete for the main title - “Lad of the World 2021 "

5 gorgeous staged exits of the participants under the direction of Denis Zhigalsky Showman, Scenographer - one of the best directors of beauty contests in Russia Under his leadership, the most significant events in Russia were staged, such as the creation of capsule shows at the Olympic Games, dance and sports shows at the FIFA World Cup, Haute Couture Week, Mister Moscow, Miss Playboy Russia, ALFA FUTURE PEOPLE "," Miss INTERNATIONAL "" Miss Maxim Russia ", show" Mrs. Beauty Russia ”,“ Mrs. Russia ”,“ Mrs. PLANET ”,“ Miss UN ”in Delhi India,“ Mrs. GLOBE CHINA ". In addition to model shows and beauty contests, Denis participates in projects on television, in circus shows and is engaged in staging concert programs for artists in show business, as well as Irina Solovieva - Mrs. World, Mrs. St. Petersburg. Female Beauty Trainer. Fashion show director, creator of author's photo projects, courses on photo posing and podium steps. Disclosure of femininity and sexuality through the skills of a graceful gait and posing, through the psychology of female self-perception.

American entertainment stars Karim Ghoneim, known professionally as Cliff Neptune, is an American singer, songwriter, dancer and actor. He was born in Neptune City, New Jersey, U.S but raised in Italy. In 2009 he released his first single "I Need 2 Cry Tonight". In 2014, he was featured alongside Master Freeze in The Light, produced by Dj Naps. In 2018, renowned sound engineer Vincent "Vinnie Dee" DeLeon (who has worked with artists such as FrenchMontana, TheWeeknd, LilYachty, JBalvin, BadBunnypr and more) brings Cliff and Vinnie Venditto (multiple Grammy awards and 9X Platinum Music Producer) together. This partnership will lead to a fusion of futuristic tropical and dark R&B sounds.

2 people in Miami have booked these tickets within the last day.