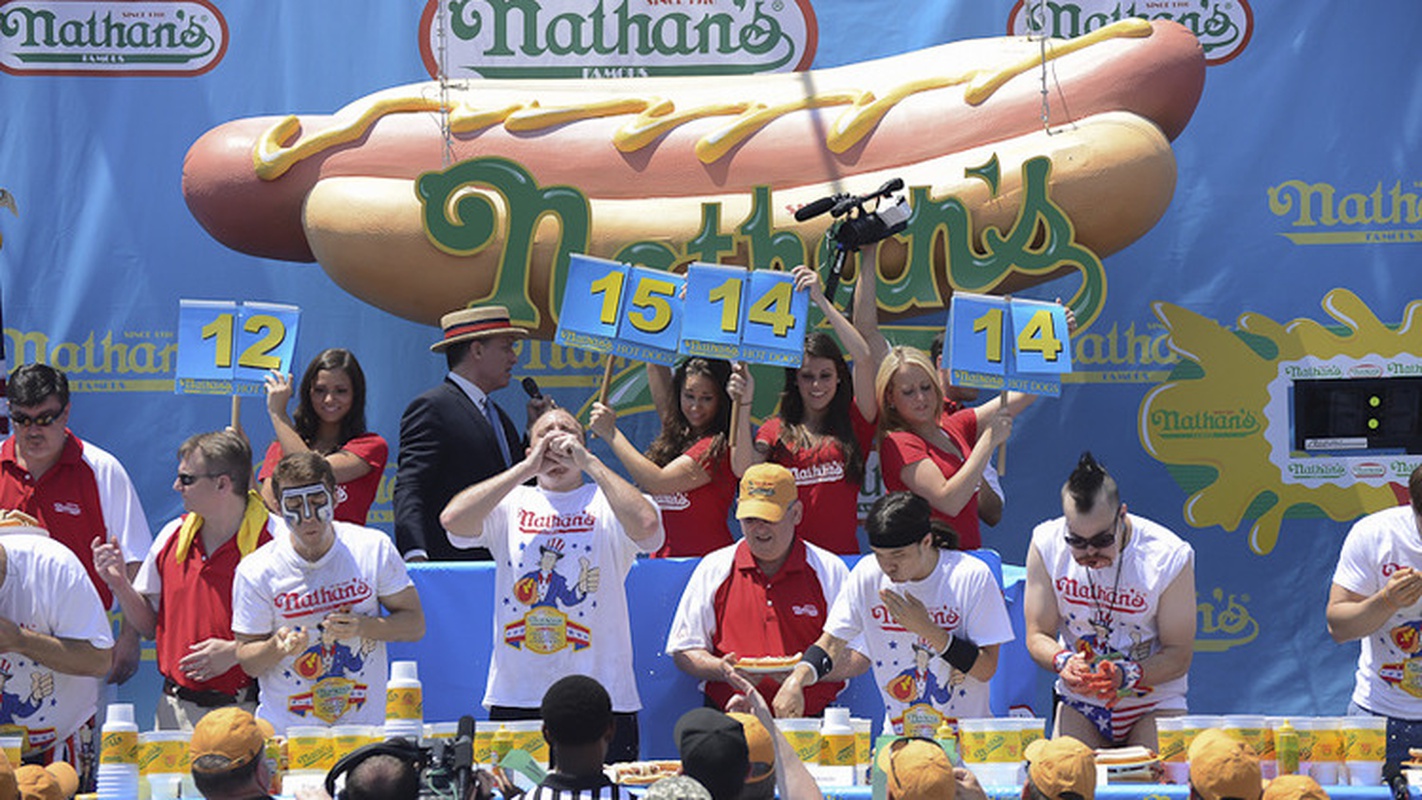 The 2015 Nathan’s Famous Fourth of July International Hot Dog-Eating Contest will take place in Coney Island from 11 am to 1 pm on Saturday, July 4, 2015. The annual contest will occur, as it has for the better part of a century, at the Nathan’s Famous flagship restaurant at the corner of Surf and Stillwell avenues in Brooklyn, NY.

Joey Chestnut of San Jose, CA, holds the world record for eating 69 Nathan’s Famous Hot Dogs and Buns in 10 minutes, and he will seek his ninth straight title this year. In the women’s competition, Sonya Thomas of Alexandria, VA, who set a world record by consuming 45 Hot Dogs and Buns in 10 minutes, will seek to regain her title from Miki Sudo, of Las Vegas, NV. Sudo won in Coney Island last year and currently possesses the Nathan’s Famous Ladies Championship Belt. Sudo is also known for having eaten 104 hard-boiled eggs in eight minutes.

In recent years, an estimated 35,000 fans have made the pilgrimage to Surf and Stillwell avenues in Coney Island to watch the contest in person. The ESPN telecast of the event routinely draws an audience of millions of viewers. As part of the event, Nathan’s Famous will make a donation of 100,000 Nathan’s Famous hot dogs to the Food Bank for New York City, as it does each year.

According to archives, the Nathan’s Famous Fourth of July International Hot Dog Eating Contest has occurred each July 4th in Coney Island, NY, since 1916, the year Nathan Handwerker opened the legendary restaurant. Major League Eating, the governing body of all stomach-centric sport, sanctions the Nathan’s Famous Hot Dog Eating Circuit and ensures the contests are judged professionally and that safety standards are in place at each event.

This contest* will take place on the Fourth of July, as it has each and every year since 1916, according to the archives.

This option is chosen when promoter is not applicable 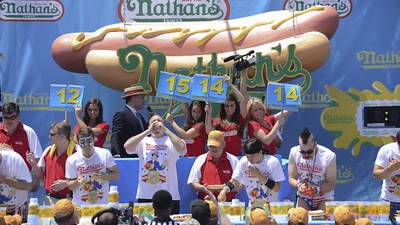