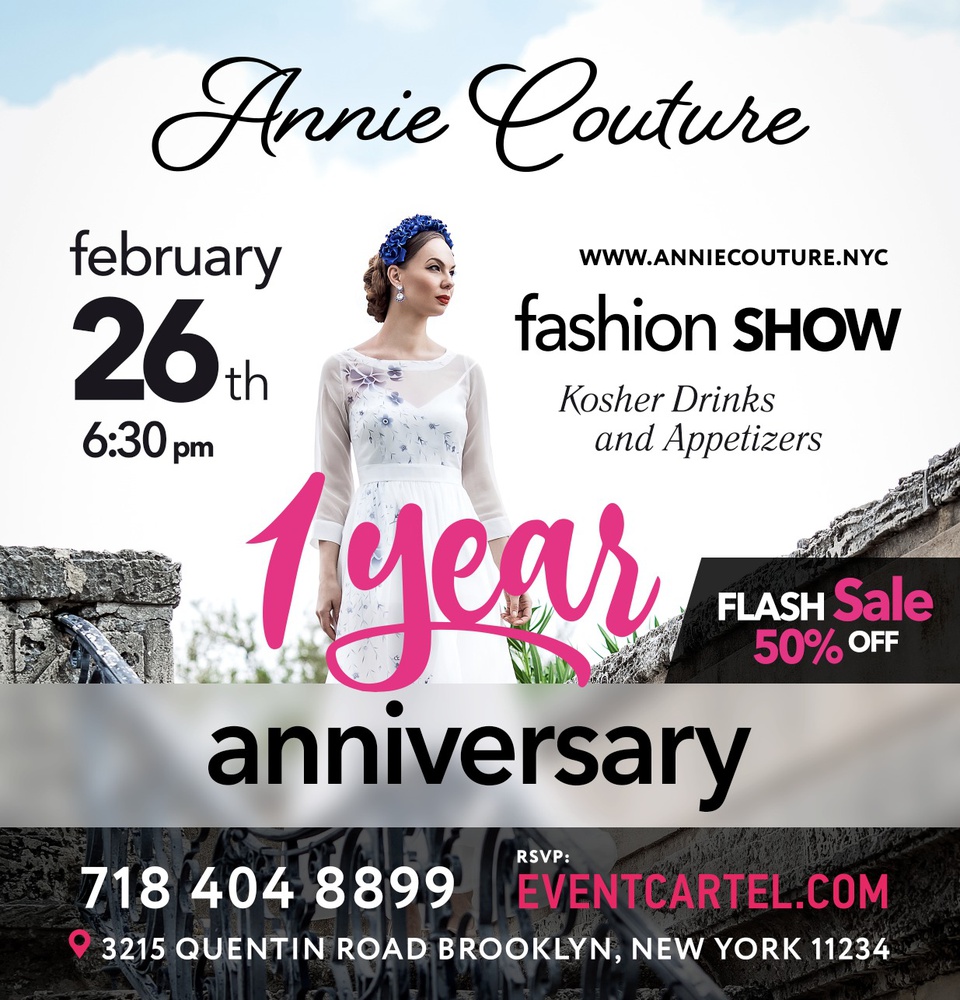 During this year the designer brand has won the hearts of both New York fashionistas and fans of high fashion worldwide.

Creative, stylish, refined and elegant Annie Couture looks became popular among  New Yorkers, as well as American and Russian stars of show-business.  A lot happened during these 365 days:  brand Annie Couture walked the runway, was showing at the Brooklyn Fashion Week, as well as put together dozen of  high-profile fashion-shows.

Among the guests, Russian elite representatives, artists and photographers, businessmen and people of fashion-industry, as well as many other well-known Russian and New York celebrities. Music by DJ Rider and DJ Liliya Moon, Live Sax, Jazz Singers, Flower Show, Flash Sale and much more.

Dress to impress, the event will be televised.

The grand fashion show and 1 year anniversary of Annie Couture celebration will be held on February 26th, 2017. Doors open at 6pm.